JSON is popular format for encoding data sent over the Internet, and also stored in files.

In computing, JavaScript Object Notation (JSON) is an open-standard file format that uses human-readable text to transmit data objects consisting of attribute–value pairs and array data types (or any other serializable value). –wiki

In this tutorial we will look at how you encode and decode JSON data and how you extract values from JSON message payloads.

You can encode and decode JSON data using the JavaScript functions JSON.stringify() and JSON.parse() or the JSON Node.

Creating a JSON string from a JavaScript object

Creating a JavaScript object from a JSON string

The JSON node located under the functions category is capable of converting between a JSON string and JavaScript object and vice versa. 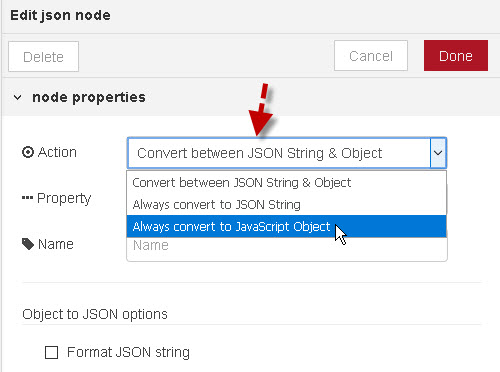 The first thing you need to do when you receive JSON data is to convert it into a JavaScript object.

Once you have a JavaScript object you can work on the data.

The two approaches using the JSON node and the JSON.parse() command are illustrated below: 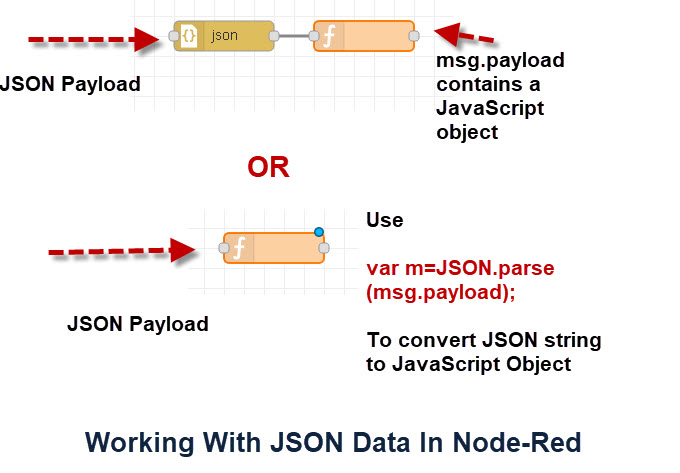 Is it JSON Data or a JavaScript Object?

One of the most common problems that I’ve seen is trying to extract data from a JSON string thinking that it was a JavaScript object.

JSON data is a string and is surrounded in quotes as shown below.

A Common requirement is to extract a particular value or values from the incoming JSON data in the message payload.

To do that the first thing we must do is to convert the JSON string into a JavaScript object.

Once we have a JavaScript object we can extract individual values using the key in dot format or quotes notation.

The following screen shot illustrates the process, using the command line ,along with some common problems that you might encounter like: 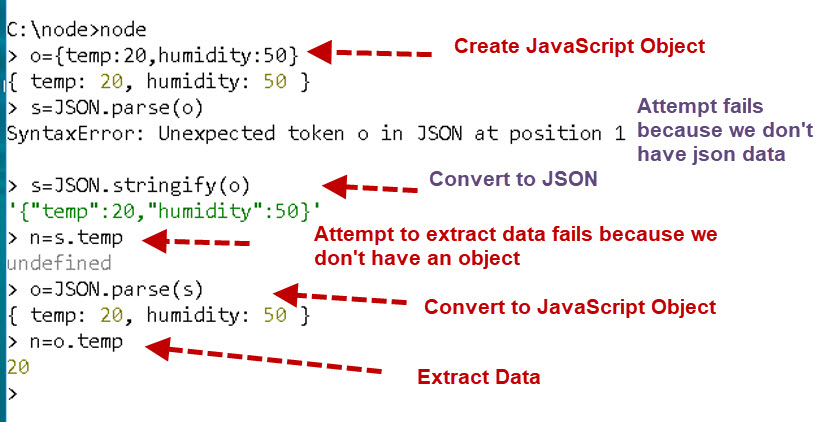 Note: The node command line doesn’t require var declaration or ; to terminate the line. You will need them in the script in the function node.

Generally a JavaScript object key doesn’t need quotes. In the example above we used.

However both are valid.

There are various rules on whether or not quotes are needed (see here). However it is usually best to use quotes to avoid confusion.

When accessing a value in a JavaScript Object you can use:

The bracketed option will always work the dot notation will work depending on the key name. 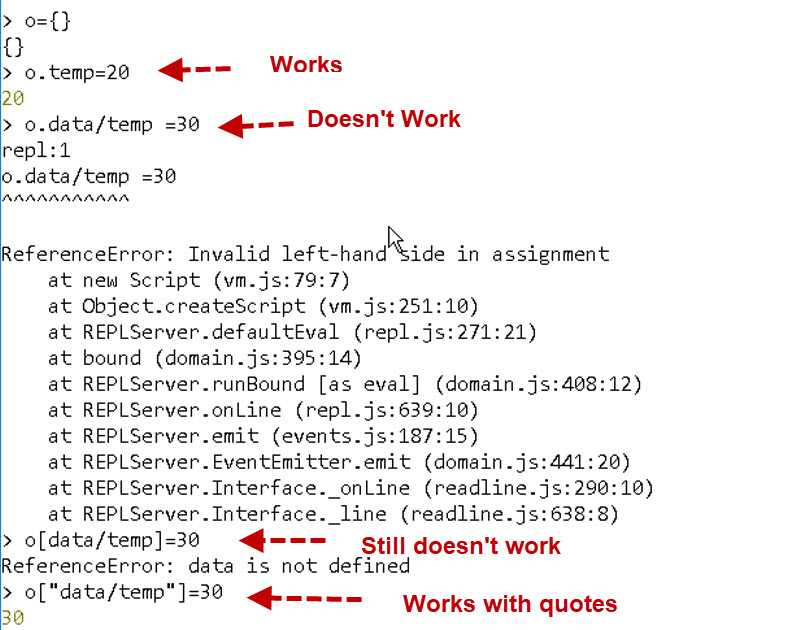 To access the data we encounter the same problems without quotes.

Using a variables as an object key is a common requirement.

Again you find that you are required to use the bracketed option and not the dot notation. 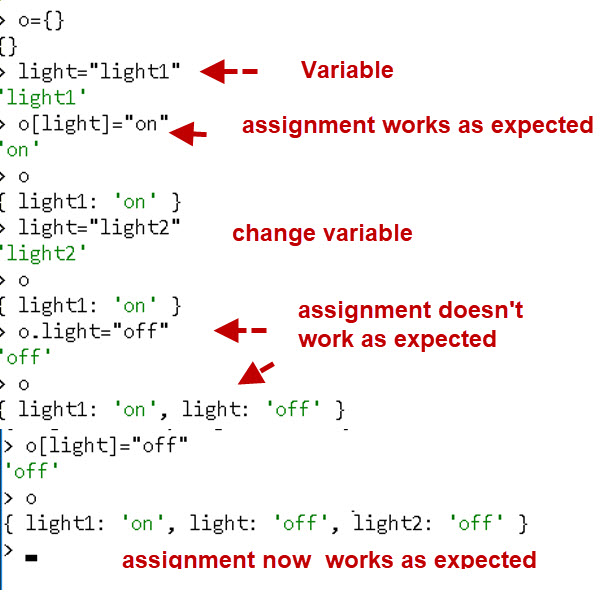 When testing it is often necessary to create test data.

It is relatively easy to hand code Simple JSON data, however for more complex data I would recommend using the node command line to create the JSON Data from a JavaScript object.

In JSON all string values must be in quotes. See here 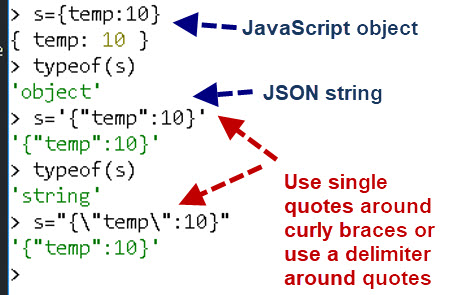 This is very common in testing.

Select the JSON option and enter the data using quotes around strings.

The JSON edit will show you if you have entered an invalid format. 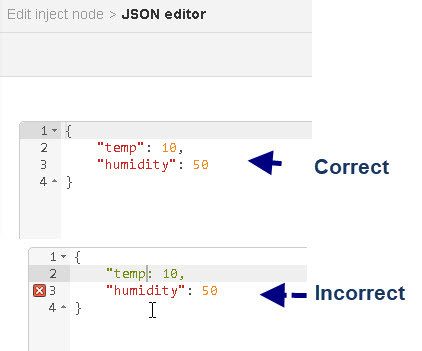 With the mosquitto_pub tool you will need to escape the quotes and enclose it in quotes.E.G.

Notice also how I needed to delimit the forward slash in the key name.

If you would like some worked examples and exercises then try my workbook.

In addition function nodes can use the JSON.parse and JSON.stringify functions.

Being familiar with JSON and concerting between formats and extracting data from JSON is vital skill in IOT applications.

I have created a number of videos on JSON that you might find useful: